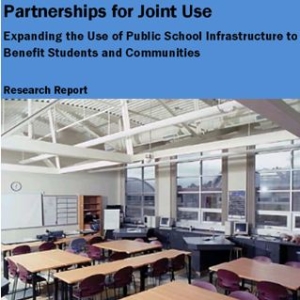 A coming wave of school construction and renovation presents Boston with a new opportunity to create equitable development in our neighborhoods.  The idea of building new schools may seem a bit foreign to Bostonians.  Since 1960 the city’s population has steadily declined, resulting in school closings.  Starting in 2000, Boston’s population began rising, and now another 91,000 people are anticipated by 2030, creating demand for new schools as well as major renovations of our older schools.  Already, a new high school is proposed in Mattapan, and in Roxbury the Dearborn Middle School is scheduled for a complete renovation, or possibly new construction.  The Conservatory Lab School proposes to build a new K1-8 school in Roxbury at our Bartlett Place site. 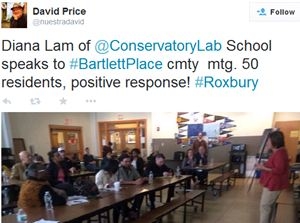 Neighborhood revitalization through mixed-use and shared-facilities.  Studies show that school construction in distressed areas spurs nearby retail development, attracts new residents and increases property values.  The most powerful commercial impact occurs when schools are developed as part of a broader revitalization project.  Locating a school with community facilities in a mixed-use “shared-facility” building can have additional positive neighborhood impacts.  One study concluded that “facilities that are small, local and community-oriented can have a particularly positive effect on local development, especially in economically distressed areas.”  For example, in Pomona, California, one new school shared a site with a Kinko’s and a drug store, bringing two new retail businesses to the community.  In the Tenderloin district of San Francisco, one new school building also houses a dental clinic, a family counseling center, adult ed classes and a community garden.  New York City’s Education Construction Fund has for decades promoted mixed-use real estate projects featuring new school facilities in order to promote neighborhood development.  Historically this fund has built 18,000 school seats, 4,500 units of housing and 1.2 million SF of office space. 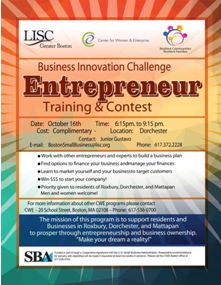 After-hours use of a school facility is a special form of co-locating different uses that can be targeted toward specific neighborhood development outcomes.  For example, placing job training and vocational ed in a school at night can increase local employment. At Bartlett Place, the entire community could be invited to offer classes at nights and weekends at the Conservatory Lab School to achieve a broad range of economic improvement outcomes.  For example, Nuestra could offer at the school first-time homebuyer classes, our innovation challenge for local entrepreneurs, technology goes home (TGH) computer literacy classes for families, TGH for small business, and credit repair classes, together serving over 200 residents a year. 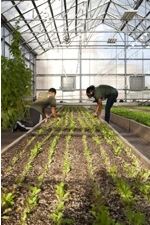 A special effort is required to make sure that local businesses and workers benefit from school construction.  Fortunately, in Boston policies are in place to ensure that local businesses and workers have a large share.  Regarding direct investment, the city of Boston requires 35% of contracts in city-supported projects to be awarded to minority business enterprises (MBEs) and 5% to women business enterprises (WBEs). In Roxbury, publicly-supported projects are asked to award 50% of contracts to MBEs and 15% to WBEs.  So in Roxbury, for each $1 million in contracting spending, up to $500,000 could be awarded to MBEs, many of whom are locally-based and hire local workers.  These MBEs could then spend another $125,600 in purchasing supplies. 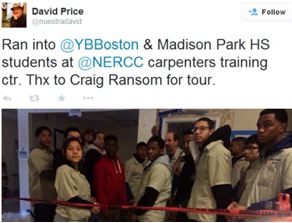 So for those who ask, “What do schools have to do with economic development?”, we can say, “a lot!”  Mixed-use developments and shared-use school buildings are proven to stimulate local retail, attract new residents and achieve other economic outcomes through targeted after-hours training.  These benefits are on top of the contracts and jobs awarded to local business and workers. With policies in place designed to award these benefits to local residents, as we have in Roxbury, local shared-facility and mixed-use school development could be the most powerful economic development tool available to the community.

To join the conversation about shared-facility/mixed-use school development, follow me @NuestraDavid.