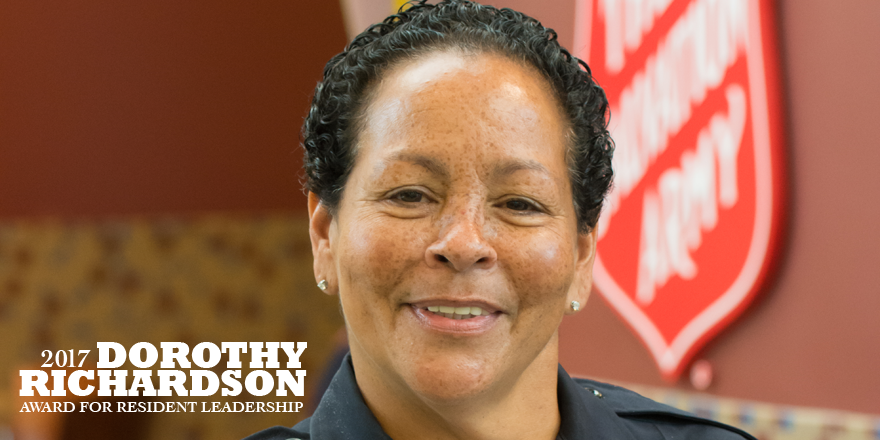 Marie Miller became a police officer by accident. But what a fortunate accident it was.

“It was my girlfriend who wanted to join the police force, not me,” recalls Miller, who was then a single mother employed as a case worker in the Massachusetts Department of Revenue’s Child-Support Division. “She didn’t want to go to the entrance exam by herself, so she actually paid for me to take the exam with her!”

“Sometimes you can’t help but conclude that everything happens for a reason,” smiles Miller. “I wasn’t going any further with my job at the time and my kids were too young for me to go back to school. So I figured, ‘let’s try this.’ I resigned and enrolled in the police academy.” 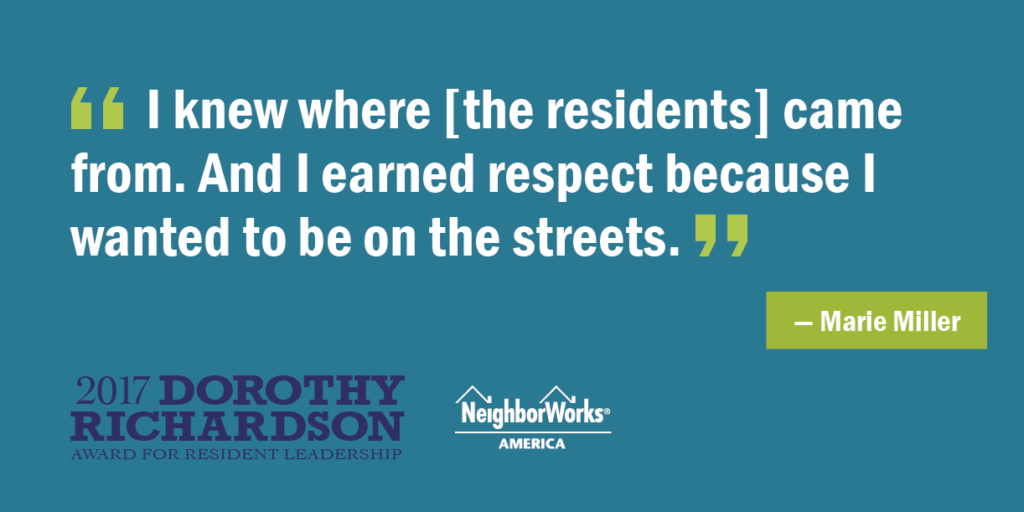 Miller had grown up in an inner-city Boston neighborhood, and Roxbury—her assigned district—is very similar. So, she says, “I knew where [the residents] came from. And I earned respect because I wanted to be on the streets.”

As the mother of two sons, Miller is a natural at defusing tensions when emotions flare. That skill is valuable when news of shootings hit the media, and more than once she has opened dialogue between police and residents upset at the reaction of local officers.

Four years ago, Miller was selected for an assignment to the police force’s community service department, serving as the district’s “senior response officer” for elderly residents. She quickly learned that the officer who held that position before her had done little in terms of active outreach, and Miller set out to show them a different kind of police presence.

“My goal is to build deep relationships with them so they will be willing to ask questions and report any problems they are having,” explains Miller. “They won’t ask their children, because they don’t want to worry them. There are so many programs for kids, but seniors tend to be neglected.” 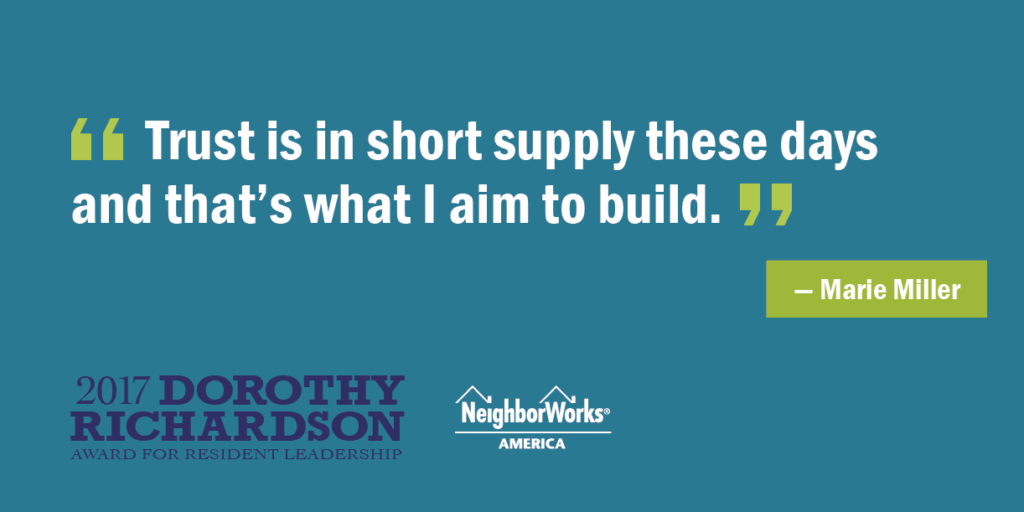 The most common challenges facing seniors in the communities that Miller visits regularly are identity theft and similar scams. “I try to educate them to be alert for the signs, before they wire money or something like that,” she says.

One of Miller’s “signature” initiatives was an activity first developed at NeighborWorks’ 2015 Community Leadership Institute, which she attended at the invitation of Nuestra Communidad. The theme of her initiative: “Seniors Helping Seniors: Bridging the Gap.” The second “senior” refers to high school seniors; the program brought the two age groups together to learn from each other’s life experiences and points of view.

Other times, Miller simply paints, watches a movie or goes bowling—depending on the group.

“Really, what seniors need and appreciate the most is the gift of time, of undivided attention,” says Miller. “It’s important to take the time to get to know them, so they can learn to trust you. Trust is in short supply these days and that’s what I aim to build.”

About the Author: David Price