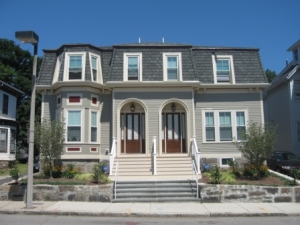 Roxbury is ground zero for the gentrification debate in Boston, and perhaps nationally.  It’s on everyone’s mind.  Recently our community newspaper published a well-researched piece exploring the luxury housing boom and its impact on Roxbury, a working class majority-minority community of 48,500 experiencing significant new investment in our Dudley Square neighborhood business district.

To date, no one in Boston has advanced a comprehensive strategy to combat gentrification in at-risk neighborhoods like Roxbury.  And that’s beyond the scope of this post.  My goal here is to advance a set of definitions and policies for consideration and conversation.

Defining gentrification.  “Gentrification” can mean different things for different people, including new local investment, an increase in incomes, rising home prices or rents, a different occupational mix,  higher educational level and/or a new race/ethnicity mix. I use gentrification to refer to revitalization and reinvestment causing a relatively sharp in crease in rents and home values in low- and moderate-income urban neighborhoods resulting in actual or imminent displacement of residents. To the extent that residents can reap the benefits of .rising home values, educational levels and incomes; new small business and job opportunities; and improved credit scores and lower loan delinquency rates; that’s not gentrification, it’s just good community development. 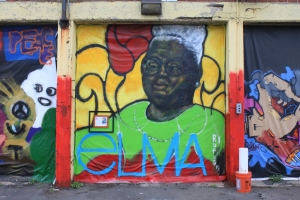 It is important to agree upon a key indicator that measures when a neighborhood is at-risk of gentrification and can serve as a “trigger” for investment of resources to prevent or mitigate displacement.  I like economist Daniel Hartley’s key indicator:  a neighborhood is gentrifying if it is located in the central city of a metropolitan area and it goes from being in the bottom half of the distribution of home prices in the metropolitan area to the top half.  By that standard, since 1999, a quarter of Boston’s residents have experienced gentrification of their neighborhood, making ours the fastest gentrifying city in the U.S.

Defining income categories.  I find it helpful to look at the community’s income mix across five main categories, as shown in the following table.

Very low-income refers primarily to homeless and formerly-homeless residents and is typically measured by incomes below 30% of the metro area median income (AMI).  Residents with incomes below 60% of AMI qualify as low-income under most government housing subsidy sources, including the low-income housing tax credit program.  Most folks between 30% and 60% AMI have jobs.  Some government funds support moderate-income households between 60% and 80% of AMI, like the federal HOME and CDBG program.  No federal programs support the many middle-income residents with incomes from roughly $60,000 to $100,000 (roughly 80% to 120% AMI) who are now being priced out of Roxbury and Boston.  The City of Boston could choose to build middle-income housing using local linkage and inclusionary zoning funds, but has not yet announced such a program.

A gentrified Roxbury.  Roxbury is poised to suffer the effects of gentrification.  Housing prices are rising significantly (see my post last year at http://urlin.it/55e41).  The 2010 census shows that, after decades of flat population and housing growth, since 2000 Roxbury added 2,200 new housing units and 6,970 new residents, including 4,400 more white residents.

We don’t have to speculate about what could happen to Roxbury over the next few decades if  new investment and revitalization cause displacement.  We’ve seen it happen next door in the South End.  Thirty years ago, the South End was very similar to Roxbury today in terms of income mix, housing stock and race/ethnicity mix.  In fact, much of what is now known as the South End was called Roxbury as recently as the 1980’s.  We can see Roxbury’s future right now.

Similar changes could occur in our race/ethnicity mix. Applying the South End’s current demographic makeup to Roxbury, here is a possible outcome for Roxbury in two decades or so:

As you can see, a post-gentrification Roxbury could lose almost 10,000 African-American and Latino households, and gain around 8,100 white households. Roxbury would be a majority white neighborhood.

Finally, apart from the policy discussion, the gentrification conversation has to be framed around the underlying issues of power and race that created inequitable development here and make gentrification possible. Roxbury has to own a vision and strategy for community stabilization that changes the balance of power and transfers equity to tenants, homeowners and businesses..

Let’s crowd-source a community stabilization strategy for Roxbury, and all of Boston!  To join in that conversation, follow me on Twitter @nuestradavid.